Islands have always been unique in their geography. Despite the poet John Donne’s words, they have usually been valued as special places distinct and set apart from the rest of the world. Surrounded by water, they provide a sense of isolation to their inhabitants, while creating an air of mystery. By definition, they have until modern times required visitors to arrive by sea. Islands have often been seen as natural fortresses which are easily defended. Residents of islands have generally guarded against threats to their independence and sense of security.

When tracing the story of Prince Edward Island as seen through the eyes of explorers and mapmakers, we discover a rich legacy. This cartographic record provides us with the knowledge of how our province developed throughout the stages of its history. Beginning with early exploration and the arrival of the French, continuing with the acquisition of the Island

Read the article "Jacques Cartier's first voyage and the landing at Cascumpec" by A. E. Burke published in the October 1899 issue of the Prince Edward Island Magazine.

by the British, and culminating in the confederation of the Island as a Canadian province, maps can be instructive tools to help us understand our story.

The first recorded exploration of Prince Edward Island was the voyage of Jacques Cartier (1491-1557) who sailed from St. Malo in France on April 20, 1534. By late June, Cartier would arrive on the shores of the Island. Cartier may not, in fact, have realized he had discovered an island. He describes it as “a land which seemed to be two hands.” He only skirted the northern tip of today’s Prince County. What he named Cape Orleans is today’s Cape Kildare; his River of Boats the narrows of Richmond Bay or Malpeque Bay; and his Wild Men’s Cape is now known as North Cape.

These first explorative forays arose from the economic and the strategic impetus to assert control of the region through the of charting of the sea and the mapping of the land. In the following century the French Crown sanctioned the colonization attempts of Count St. Pierre (1719), and the Da Roma settlement (1731) aiming to strengthen its claim on the Isle St. Jean and to buttress its regional ambitions. Both attempts failed after limited success. During this same period The Treaty of Utrecht (1713) established contested British and French spheres of influence in the maritime region. Though French-English relations were volatile the treaty lay the foundation for a steadily growing French settler, and Acadian population until the expulsions of 1758. 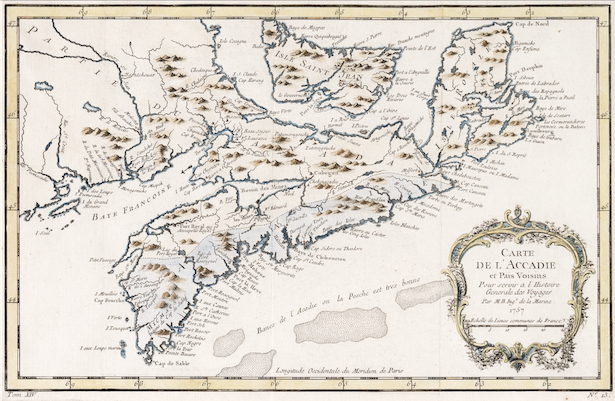 Confusion regarding the Island’s geography would continue for some 230 years. Maps of the area based on Cartier’s discoveries and those of later explorers would show a Prince Edward Island of various shapes and sizes in a variety of locations, sometimes not bothering to depict it at all. Permanent settlement by the French starting in 1720 would clarify things somewhat, but detailed survey work would have to wait until the British colonial era.