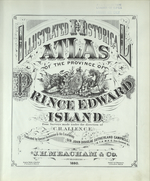 Confederation with Canada also promised to aid the Island in dealing with its Land Question which meant enabling residents to purchase their own farms instead of paying rent to absentee landlords. This was accomplished in 1875 with the Land Purchase Act.

The results of this legislation can be vividly seen by 1880 in Meacham’s Illustrated Historical Atlas of the province. Like the earlier Lake Map, it provides names of people who were then living in the various communities across the Island. In addition, it features detailed and stylized engravings of individual properties and businesses. Many of these illustrations show productive farms and fishing villages. The lot maps show the amount of acreage owned by individuals and are an invaluable genealogical resource today. 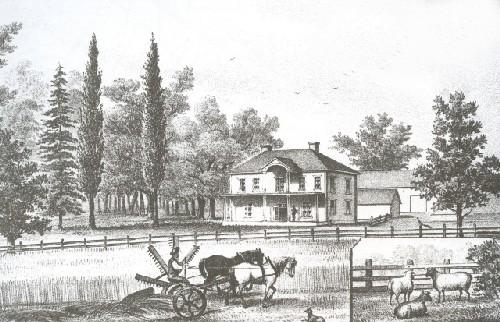 This level of detail allows for comparison between Meacham’s Atlas and the Lake Map to see how communities changed or evolved over time. They are also useful to compare to official census records.

Meacham’s Atlas represents an idyllic view of the Island since as the decade of the 1880s unfolded many Islanders left the province as part of widespread outmigration from the Maritimes.

Those who remained and their descendants were featured later in the 20th century by the Cummins Map Company of Toronto in 1928. This atlas also provides the names of those who then resided in the province with their acreage held.

However, the design is very utilitarian. Gone are the quaint Victorian engravings of Meacham’s atlas. Instead, Cummins devotes most of its opening pages to a detailing of the Island’s contribution to the First World War or “European War”. This event had forever changed many communities on the Island.

More positively, new industries such as silver fox farming are also highlighted as are the continuing growth of the potato and lobster industries which would both become increasingly important in the 20th century.

The cartographic history of Prince Edward Island is a rich and diverse one. It is possible to trace many of the foundational developments of the province through the eyes of its early mapmakers.

Maps are like snapshots in time of the way a place was observed or how it wished to be seen. They often tell us as much about the mapmaker as they reveal about the geography of the landscape.

As such, they are an important historical resource which can still help us find our way or navigate through the story of Prince Edward Island. Even in our age of GPS, the talent of people such as those outlined here, can still be an inspiration.

‹ The Lake Map up