The extent of the Island’s development was further showcased in the 1863 “Lake Map” produced by the American cartographer, D. Jackson Lake, who was a native of Newtown, Connecticut. The map of the Island was very large – 4 by 8 feet. The main illustration was the Neoclassical Colonial Building (now known as Province House) which had been designed by Isaac Smith and opened in 1847. Islanders were obviously proud of this building to make it a feature of their latest map. Only a year later, in 1864, it would host the historic Charlottetown Conference which would initiate the creation of Canadian nationhood.

The Lake Map was the first to illustrate the place names of all the settlements across the Island and significantly included the surnames of those who were then residing in those settlements. We can also see the locations of roads, churches, schools, mills, lime kilns, and other features which were then prominent aspects of the landscape. Major towns and villages were given separate attention and placed around the perimeter of the central Island map. Holland’s lot numbers are retained and help the viewer comprehend the population density and patterns of development across the colony. 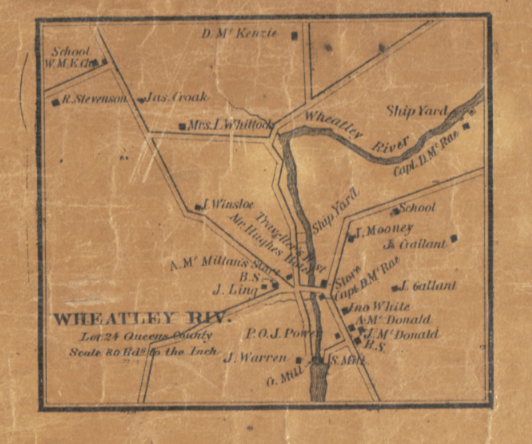 The Lake Map shows the centrality of agriculture to the colonial economy since all the rural communities shown depend on it as their core industry. Shipbuilding had also created wealth and economic growth, but this was on the threshold of losing its impact and would begin to decline within a decade. 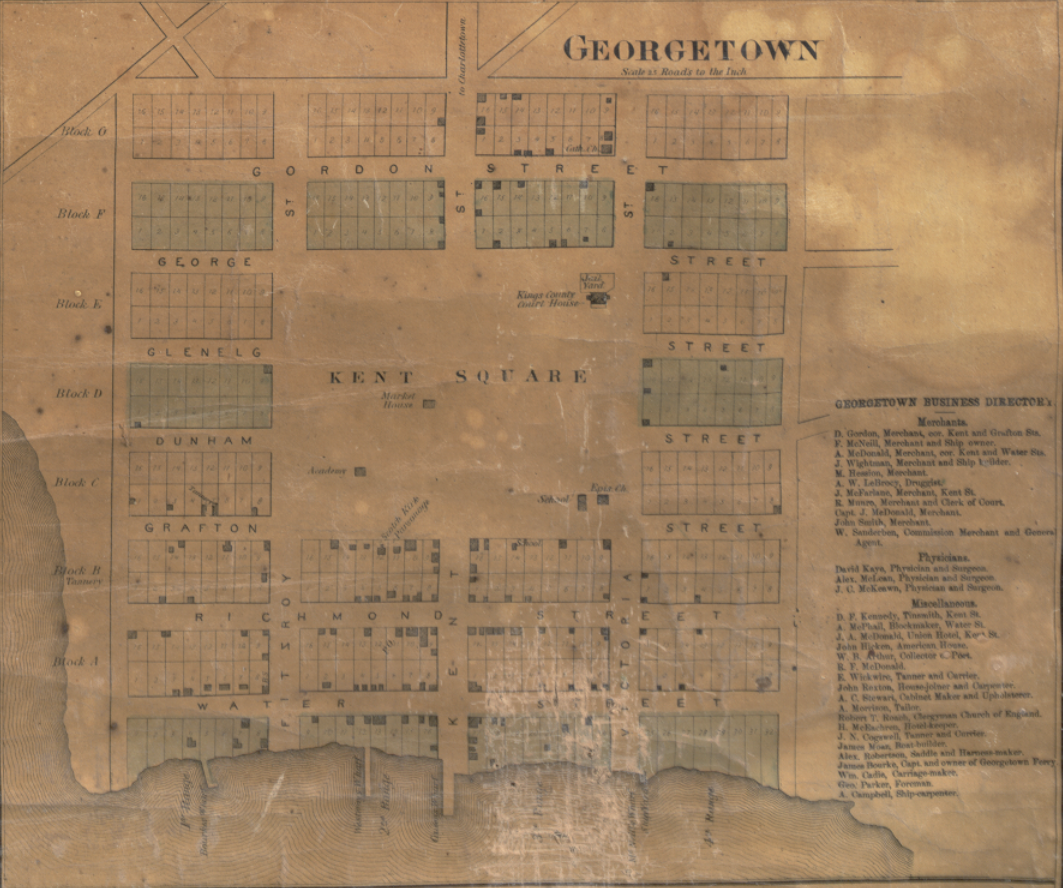 Georgetown taken from the Lake Map - 1863

In 1871, the Island began construction of a railway in an effort to improve its infrastructure and compete in a world where many jurisdictions were seeking efficiency in transportation. Despite the importance of this modernizing project, the debt sustained by it proved unsustainable. By July 1, 1873 Prince Edward Island became the seventh province of the Dominion of Canada with the promise, among other things, of having its railway debt resolved.

Some of the first maps of the new province appeared in the 1878 Atlas of the Maritime Provinces of the Dominion of Canada created by the Roe Brothers of Saint John, New Brunswick. They display the Island in two sections, devoting one page to Prince County and another to Queens and Kings counties. The importance of the railway is evident as it appears like a spine binding the many small communities together and connecting them to one another and the capital. Another page includes a grid map of Charlottetown noting the government and various denominational church buildings. The wharfs of prominent merchants are also identified. As further proof of the Island’s modernity, the submarine telegraph between Cape Traverse and New Brunswick is also indicated. 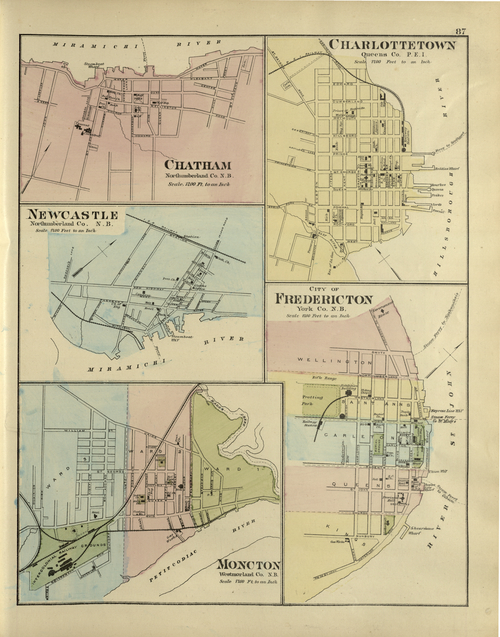 In addition to the railway, the post office was an integral part of efficient communication in the 19th century. The 1878 Railway and Postal Map of the Island emphasizes how well connected we were for that time, with the locations of all post offices, telegraph offices, and money order offices shown. 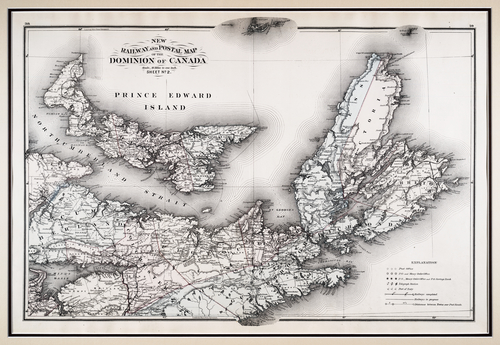 New Railway and Postal Map of the Dominion of Canada, Sheet No. 2

‹ MacGregor, Cundall, and Wright up Meacham's and Cummin's Atlases ›